How to Solve the Big Meditation Problem

There are thousands of scientific research studies validating the benefits meditation can have on physical, emotional, and mental well-being.

We all know we should be meditating, but life happens. Despite our best intentions, the actual doing gets hijacked by busy mornings, crying children, and hectic schedules. After missing one day and then another, our resolve dissolves and our meditation practice stops entirely.

There's an App for That

To paraphrase a term associated with cell phones and computers, "there's an app for that". In this case, "app" stands for applying Passive Breath Meditation (PBM) during your busy day.

PBM allows you to solve the "No time for meditation" problem is a simple, elegant way that will have you back on the meditation wagon for good. Your Body - Mind - Spirit will say, "Thank you" in many beautiful, well-being enhancing ways.

P.S. To be notified of other upcoming holistic health, stress mastery, and emotional well-being webinars and videos, visit http://www.eft-md.com/contact-us.html and look on the lower right of the page for the "Join Our Energy and Holistic Healing Family" sign-up.
Posted by Stephen Carter at 7:24 AM No comments:

A few days ago I created a video based on a live presentation done in March. The video's title, "Positive EFT and Beyond..." covers a trifecta of three simple methods to achieve positive emotional states of your choice.

Those three methods are:

This video is short on theory and long on how to actually do and use these three methods.

P.S. To be notified of other upcoming holistic health, stress mastery, and emotional well-being webinars and videos, visit http://www.eft-md.com/contact-us.html and look on the lower right of the page for the "Join Our Energy and Holistic Healing Family" sign-up.
Posted by Stephen Carter at 6:22 PM No comments: 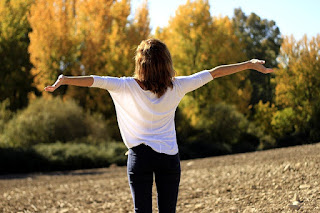 When I was a kid, I never missed an episode of "Superman". Faster than a speeding bullet; able to leap tall buildings at a single bound; the man of steel fought for truth, justice, and the American way.

As I watched each show, I would assume that signature Superman stance and feel as though I too, was a man of steel.

But alas, as time passes we "grow up". We learn that there really is no Santa Claus, Easter Bunny, or Superman. As I "grew up", the idea that I could take on super powers faded from memory.

My Rediscovery of Superman

One day in 2013, I discovered an intriguing TED Talk entitled, "Your Body Language Shapes Who You Are". The presenter was a Harvard social psychologist named  Dr. Amy Cuddy.

As Dr. Cuddy's talk unfolded, she described her research about the effects posture and stance exert on the brain, mind, and body. She showed photos of birds, chimps, and other animals assuming postures of dominant power and submissive weakness.

She and her team of researchers wondered what the biochemical and emotional effects were on human beings when they assumed what she called Power Poses compared to when they assumed postures of submission and defeat. 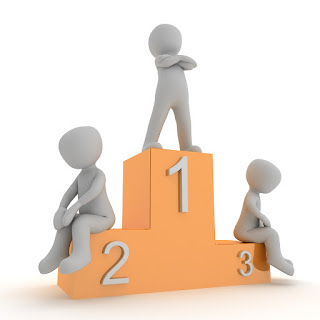 The results of her team's experiments showed that when you consciously change your posture, your emotions and physiology come along for the ride. As we assume postures of shrinking and defeat, our cortisol (a hormone associated with fear and the stress) level rises sharply and testosterone (a hormone associated with confidence and a felt sense of power) drops significantly.

When, however, we assume strong, expansive Power Poses, our cortisol level falls and the level of testosterone increases. We feel more powerful and confident. The positive biochemical and emotional effects of just two minutes of Power Posing can last for hours.

What is a Power Pose? 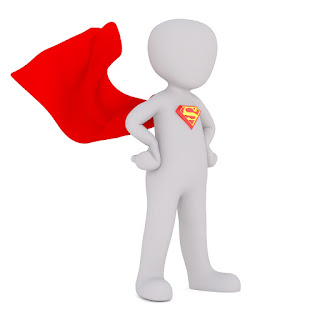 Examples of Power Poses include hands raised in victory as a runner crosses the finish line in first place, the dance and celebration when a football player catches a pass in the end zone, and the expansive open arms when an entertainer receives a massive ovation from the audience.

In these examples, the successful act preceded the Power Pose. It turns out, however, we can consciously choose to assume a Power Pose and experience the same physical and emotional changes as those who won the race, caught the pass, and received a standing ovation.

A good percentage of my consulting work with clients involves helping them overcome the fear of public speaking. As I studied Dr. Cuddy's work, it became clear teaching Power Posing to clients was a way to help them achieve a mindset of communication confidence.

Having taught Power Posing to scores of clients over the past couple of years, I regularly hear from them about how effective Power Posing has been in helping them feel confident and powerful going into public speaking and meeting situations. It's effective and simple to do and works like magic.

How You Can Power Pose for Greater Confidence

You're now set to enter your public speaking event, meeting, difficult conversation, or any other activity that calls for you to feel powerful and confident.

=> P.S. Learn How to Combine Positive EFT and Power Posing.

I'll be conducting the 1-day Positive EFT class in Ellicott City, Maryland on Sunday, 30 April 2017. As a bonus for attending that event, you will learn how to incorporate Power Posing with Positive EFT to more easily earn more money, enhance emotional and physical well-being, and experience a happier life.

Posted by Stephen Carter at 1:25 PM No comments:

Stephen Carter
I am the CEO and founder of Stress Solutions, LLC, a company helping people master and dissolve stress. Using a variety of holistic methods including Meditation, NLP, EFT (Emotional Freedom Techniques), Logosynthesis, Hypnosis, and more, I empower clients to achieve physical and emotional wellbeing. My emphasis is teaching you self-care methods that are effective and easy to use. I host the, "Mind Over Stress" and "Positive Word Power" podcast shows along with producing multiple YouTube videos for emotional wellbeing.