Your Child or Your Phone - Which is More Important?


In this short episode of "Make the World a Better Place" podcast, you meet a mother who cares more about her phone than her child. We explore how turning off the phone and connecting with our children and other loved ones really does make the world a better place. 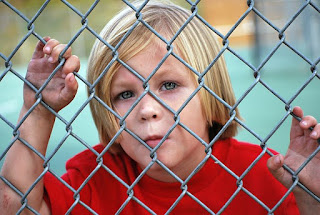 A four-year old boy was desperate to gain the attention of his mother. As the mother waited to pick up their order at McDonald's with her face buried in a cell phone, the boy called out to his mother, pleading with her to look at the toys in a display. He was excited to share with his mother which toy he wanted.

As he called to her again and again, she ignored him. Her face stayed buried in the cell phone. In desperation, the four-year ran to his mother and pulled on her pant leg crying out, "mom, mom, please look!".

The boy's mother finally raised her head from the phone and shouted at the boy, "Can't you see I'm busy? Leave me alone!". She turned back to the phone.

Crushed, the boy walked back over to the toys, turned around and just looked at his mother.


The Important Lesson - Be Present for Loved Ones


As part of this, "Make the World a Better Place" short 3-minute podcast, I encourage everyone to learn from this story and evaluate what - and who - are most important to us.

In my view, there is nothing more important than giving our complete attention to our children, our loved ones, and our friends who are with us here and now. By turning off the phone and really connecting with others in a committed, loving way, we find a greater sense of happiness and inner joy.


How to Make This World - and Your World - a Better Place


In connecting with those with us in the here and now, we truly do make the world a better place for others and for ourselves.

International Day of Happiness - How to Be Happier!


Listen to "International Day of Happiness - How to Be Happier!" on Spreaker.

March 20 is the International Day of Happiness. In this episode, you'll learn how this special holiday came to be and how it literally unites the world in the goal of increasing happiness around the globe.Each year the United Nations publishes their survey of international happiness for each world nation.The United States ranks 16th in the world with an average of 6.88 out of 10. This year's U.S. score is the lowest since the United Nations began publishing their International Happiness Report in 2012. Each year, the U.S. score falls compared to the previous year.Who is responsible for ensuring people are as happy as possible, not only in the United States, but across the globe? While national governments can play an important role, the most important role has to be played by each of us individually. Each of us is responsible for our own happiness.In this episode of the, "Weird and Wacky Holidays Show" podcast, you'll learn what the research tells us about happiness. You'll learn the single, most powerful action you can take every day to increase your sense of happiness and why that single action is so effective in creating your personal, "Book of Joy".

Stephen Carter
I am the CEO and founder of Stress Solutions, LLC, a company helping people master and dissolve stress. Using a variety of holistic methods including Meditation, NLP, EFT (Emotional Freedom Techniques), Logosynthesis, Hypnosis, and more, I empower clients to achieve physical and emotional wellbeing. My emphasis is teaching you self-care methods that are effective and easy to use. I host the, "EFT Tapping Junction", "Mind Over Stress" and "Positive Word Power" podcast shows along with producing multiple YouTube videos for emotional wellbeing.